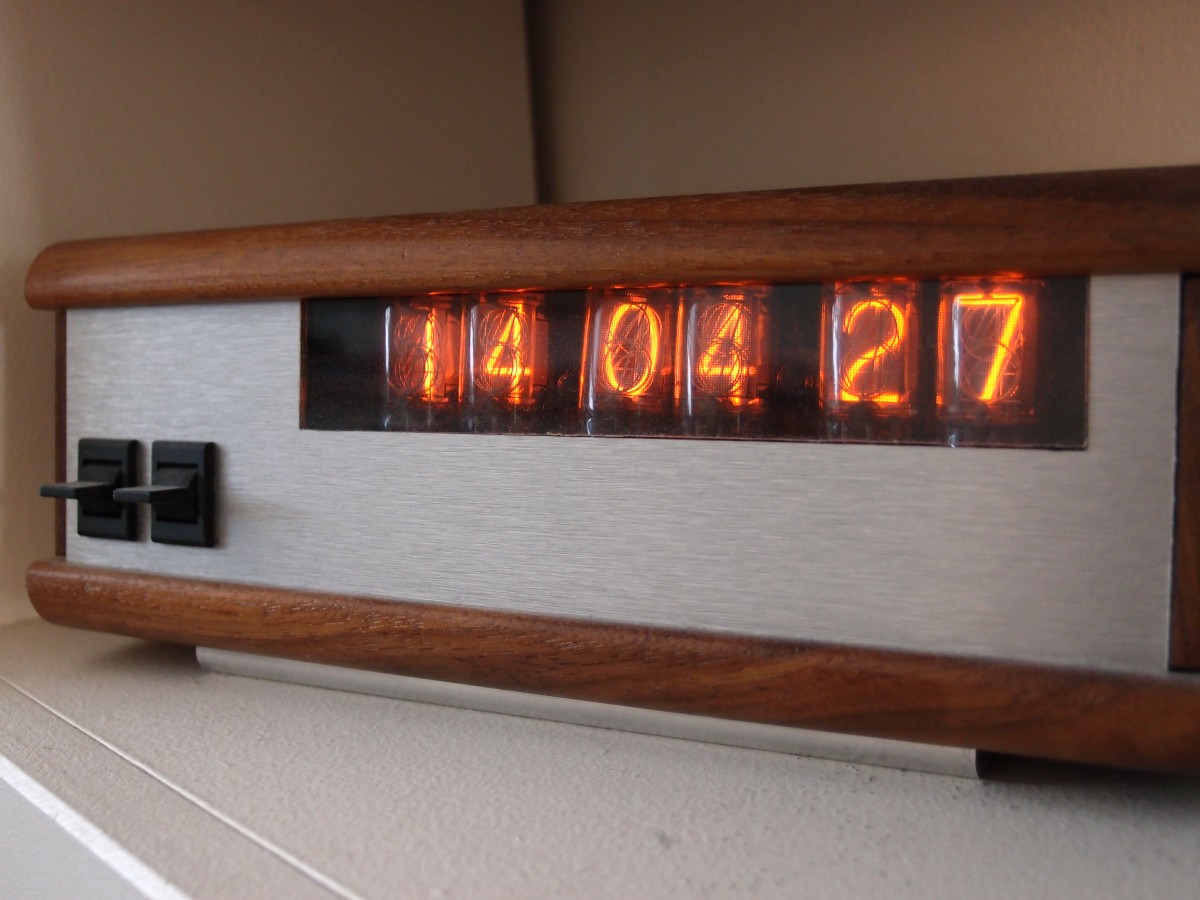 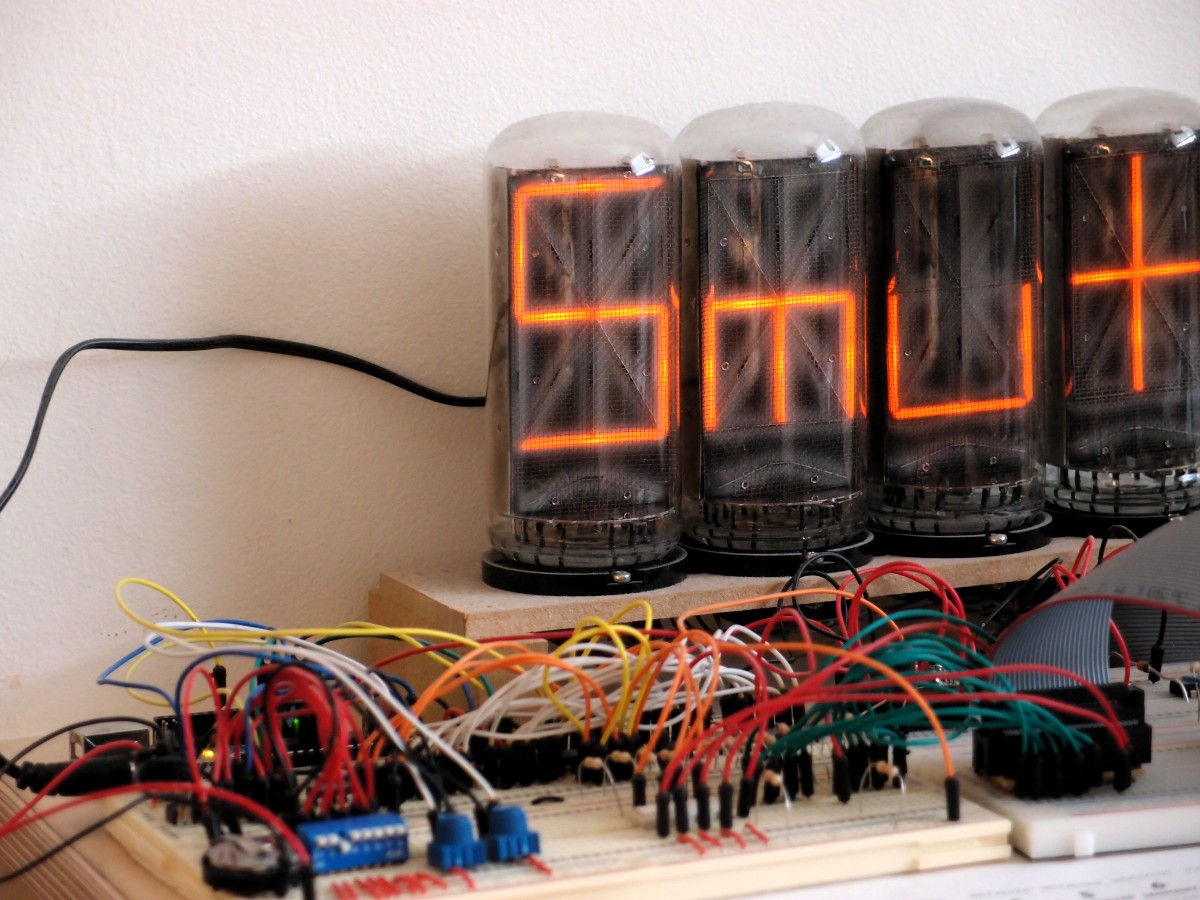 Another clock made from the same PCB/kit from Jonas @ TubeHobby. For this I used Raytheon 1916 tubes which are very, very nice - they are a bit more refined than the common Russian ones (and have a proper 5!) but are not particularly easy to find.

Also, bonus pic of ongoing project... some time ago, when getting into Nixies, I discovered the FLW - a Four-Letter-Word device, originally made in the 70s. The original creator then started making them again - but went AWOL with folks' money :(

Anyway, decided to use the very sought-after, huge B7971 tubes I procured for it, so designed my own using the Arduino. It has lots of modes - and variable profanity - but is still only on the breadboard for now. Ultimately I'll make a PCB - and then an LED-based version for other folks (as the tubes are impractically rare and expensive now for mass-production).

Grav was with by Trilby Media.